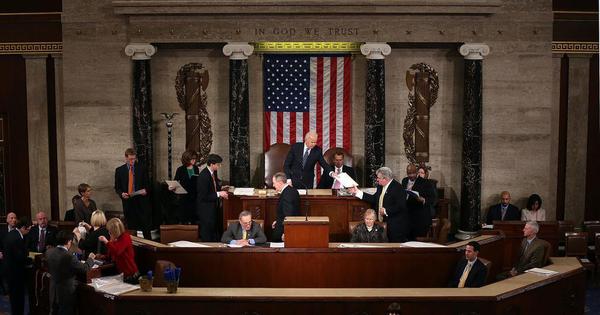 Who Counts Electoral College Votes? Both The Senate And Congress Play A Significant Role

The upcoming Electoral College vote is receiving a significant amount of attention due to speculation as to whether the College will try to block controversial president-elect Donald Trump. Though the move would be highly unprecedented, it's raising a lot of questions. Considering the impending arrival of the vote on Dec. 19, it's crucial to take a closer look at the voting process, particularly at who counts the Electoral College votes. Counting of Electoral College votes actually occurs at tw 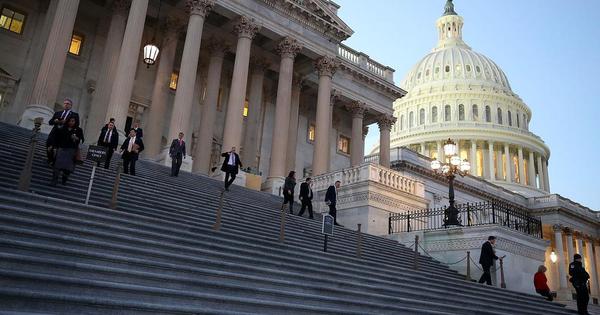 On Tuesday, primary elections were held in many states across the country, with some pretty significant results. Indeed, Iowa primary winner Abby Finkenauer could become the youngest woman ever elected to Congress following her victory in Tuesday's Democratic primary. The 28-year-old will now face Republican Representative Rod Blum of Iowa's 1st congressional district in the general election in November. Finkenauer soundly defeated her three other opponents in the Democratic primary for the 1st 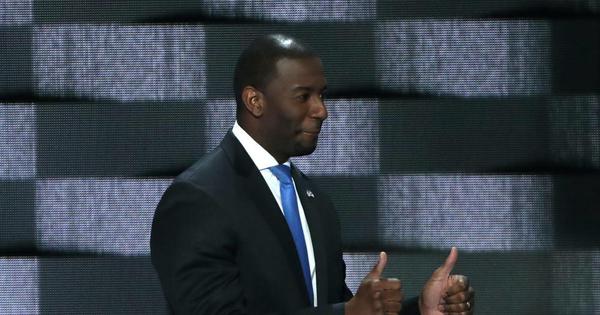 The state of Florida had a primary on Tuesday and one of its victors could end up making history. Tallahassee Mayor Andrew Gillum could become Florida's first black governor should he secure victory in the general election in November. He will face Republican nominee Ron DeSantis in the state's gubernatorial race. Gillum has been mayor of Tallahassee, Florida's capital, since 2014. As Vox described, he is a progressive candidate, advocating for a single payer health care system, a $15 minimum w 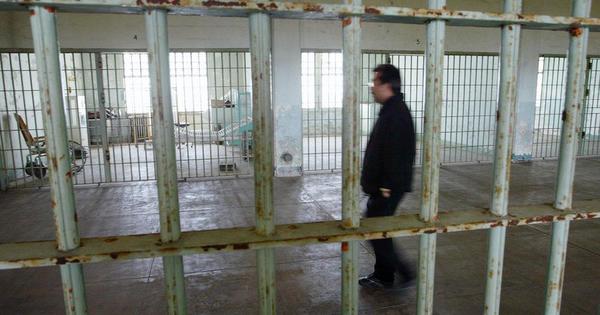 2020 Candidates Think Criminal Justice Reform Is Key, But Their Plans Diverge From There 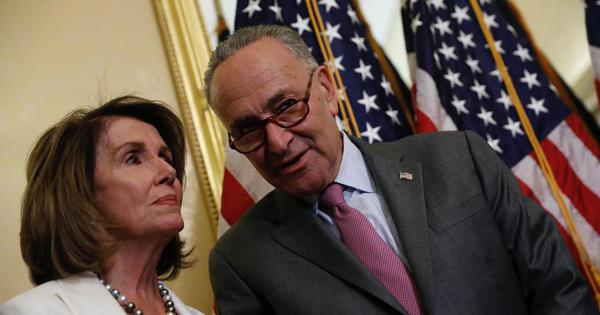 Congressional Republicans could be facing an uphill battle in the 2018 midterm elections. According to a new generic congressional ballot poll, Democrats would win the midterm elections if they were held today, as the poll shows Democratic candidates leading Republicans by nearly 10 percent. However, while this poll certainly indicates that Democrats could stand to be victorious in the 2018 midterm elections, it is imperative that Democratic candidates do not become complacent; many factors coul 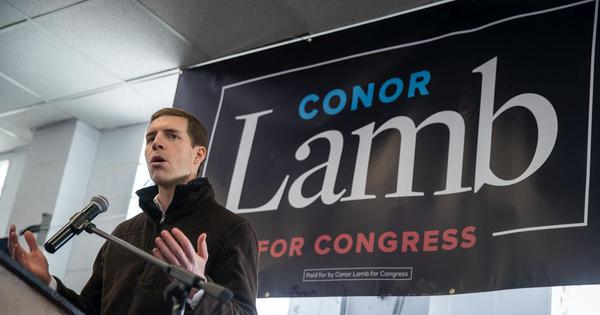 Who Is Conor Lamb? The Pennsylvania Special Election Candidate Is Making Serious Waves

On Tuesday, Pennsylvania's holding a much-anticipated special election to fill a vacant House seat in the 18th congressional district. Though the district is considered a highly conservative one, Pennsylvania's Democratic special election candidate, Conor Lamb, is making waves in the political realm. And according to recent polls, he's actually favored to win the election. Analysts are eager to find out what this could mean for the 2018 midterms. According to TIME, Lamb grew up in the Pittsburg 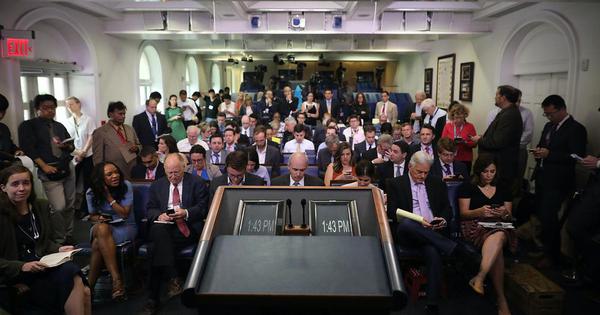 The much-anticipated 2018 midterm elections will be here before you know it. This may mean you want to gather as much information as possible before Nov. 6 so you can cast an informed vote for your preferred candidates. If you're looking for a good way to access some quality content, you should consider following these 17 journalists covering the 2018 midterms on Twitter. The 2018 midterm elections stand to be substantially impactful. Right now, Republicans control the executive branch along wi 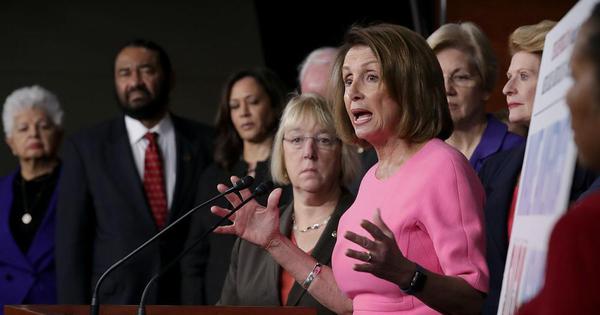 As midterm elections draw nearer, 2018 midterm fundraising numbers suggest Democrats may have an edge over Republicans in a host of key races. As USA Today reported, Democratic candidates have recently significantly out-raised Republican contenders in 30 House races that are viewed as tossups between the two parties, potentially increasing the chance for Democratic victory. USA Today further broke down the fundraising numbers to illustrate the vast fundraising disparity between the two parties. 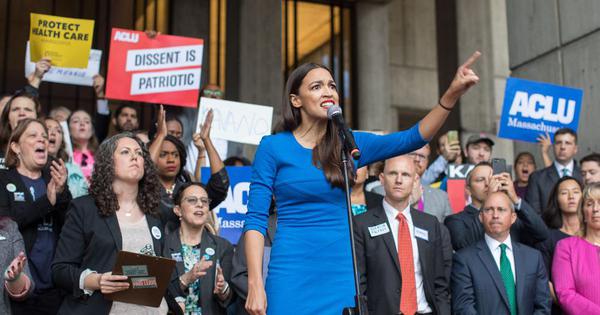 On Tuesday evening, Democratic Socialist candidate Alexandria Ocasio-Cortez became the youngest woman ever elected to Congress at 29 years old. Ocasio-Cortez will represent the New York’s 14th district in the U.S. House of Representatives when she is sworn in in January. Ocasio-Cortez easily secured victory on Tuesday, with the Associated Press indicating that, so far, she has received around 79 percent of the vote, with 84 percent of precincts reporting. She defeated Republican candidate Antho 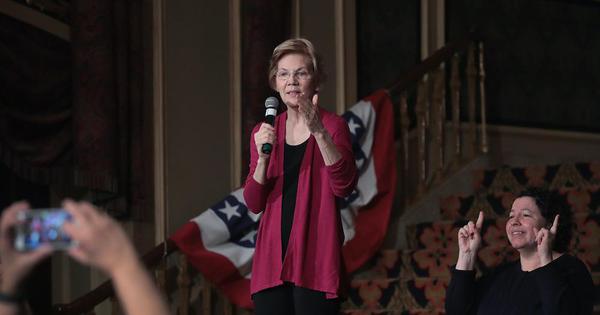 The Difference Between A Presidential Exploratory Committee & Campaign Isn't So Obvious 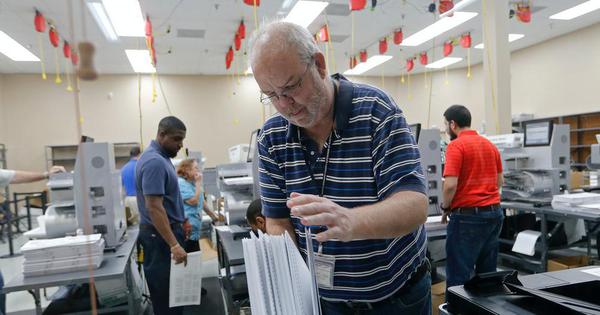 Following the midterm elections on Nov. 6, the state of Florida is conducting recounts for three different races: governor, senator, and agriculture commissioner. Thursday marks the deadline to finish recounting ballots — and what happens if Florida's recount deadline isn't met illustrates the high stakes nature of the process. As CNN reported, if a county in Florida does not finish recounting its ballots by Thursday's deadline, then the election results that the state already has on file for t 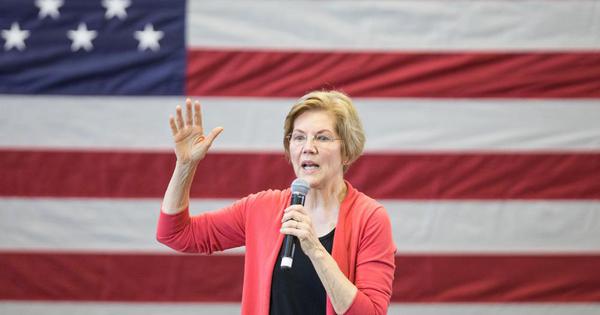 At a rally on Tuesday, Senator Elizabeth Warren's Puerto Rico speech slammed Trump for his Hurricane Maria response, suggesting that the president did a disservice to the island's residents following the devastating storm. Warren was in San Juan for a rally related to her recently-announced campaign to become the 2020 Democratic presidential nominee. During the rally, Warren spoke at length about the Trump administration's post-Hurricane Maria response. CBS News reported she asserted that "Puer 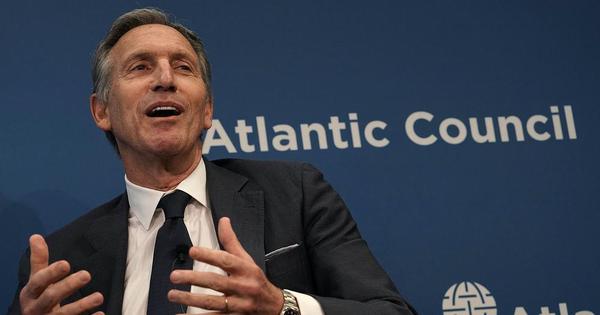 What Do Independents Want? Howard Schultz Is "Seriously Considering" Running As One

Over the past few weeks, Americans have gotten a first look at who may be pursuing a presidential bid in 2020 after multiple politicians launched exploratory committees. Now, Starbucks' former CEO is thinking about joining the contenders, though he's said he would consider running as an independent candidate. This announcement may make you wonder what independents want politically. Howard Schultz's declaration simply means that he wouldn't want to be affiliated with a political party and, thus, 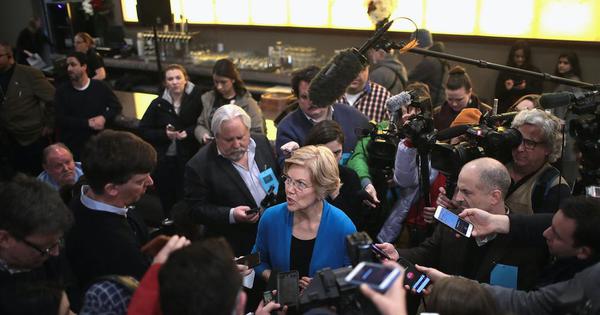 Campaigning for the 2020 presidential election has already kicked off in a big way, with multiple Democratic candidates announcing their intention to run for the nomination. As more and more news about 2020 continues to emerge, you may be wondering how to best keep track of issues and candidates. Thankfully, social media can offer some help in this area. There's a handful of 2020 campaign reporters on Twitter you can follow to stay up-to-date on all the latest political developments. The 2020 r 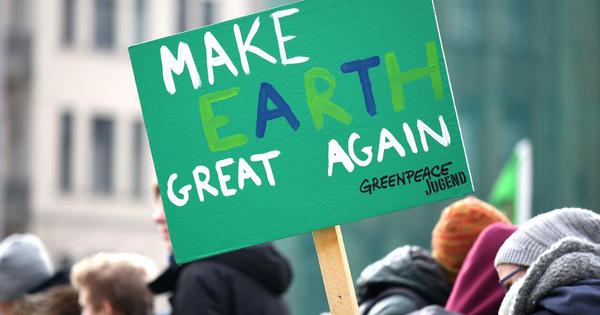 In February 2019, Representative Alexandria Ocasio-Cortez and Senator Ed Markey introduced the Green New Deal Resolution to Congress, asking lawmakers to commit to enacting significant environmental reforms over the next 10 years. This proposal could play a large role in the next presidential election because of its widespread publicity and approach toward addressing climate change. So, knowing where the 2020 candidates stand on the Green New Deal may be helpful as you decide who you want to sup 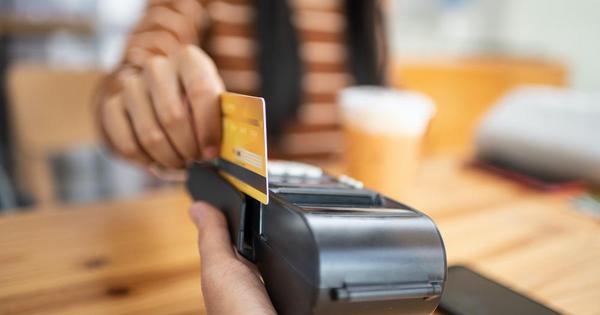 How To Find Out Which Companies Support Trump, So You Know Where Your Money's Going

American consumers seem increasingly concerned about the political leanings of the companies they support, especially as the pivotal 2020 election nears. If you want to know how to find out which companies support Trump — or any other politician — there are a few pretty straightforward ways to get this information. Notably, there are several apps and websites that make it really easy to take a closer look at business' political involvement. For example, Goods Unite Us, a women-owned application 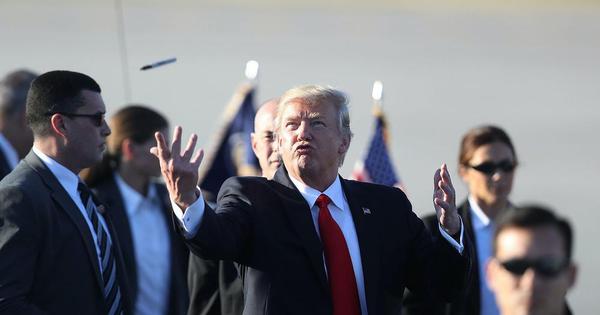 On Tuesday evening, Rachel Maddow revealed a partial copy of Donald Trump's 2005 tax return on her show. The return is garnering a lot of attention because Trump has famously refused to adhere to presidential precedent and release his own returns. However, while certainly intriguing, the release of Trump's 2005 tax documents still leaves many questions unanswered, particularly about the sources of the president's income. The 2005 tax return revealed by Maddow consisted of part (two pages) of th
Load More Articles
Close ✕