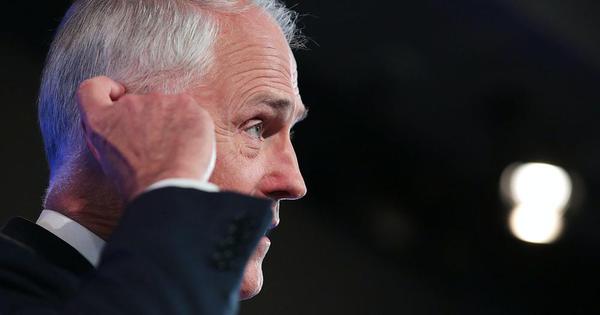 The U.S. & Australia Have a Refugee Deal 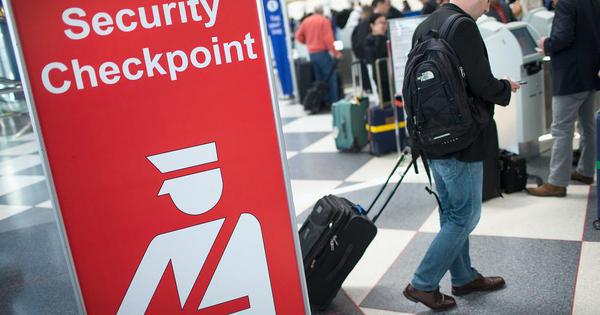 Who Is Hassan Aden? The Former Police Chief Alleges His Name Got Him Detained

Since the advent of Donald Trump's presidency in January, foreigners and Americans citizens alike have reported facing increased scrutiny at customs and immigration checkpoints when entering the United States. Recently, Hassan Aden, who is a former police chief and an American citizen, was subject to this increased scrutiny as he made his way back from France via New York's John F. Kennedy airport. Hassan's story is receiving a great deal of attention due to his career as a high-profile U.S. law 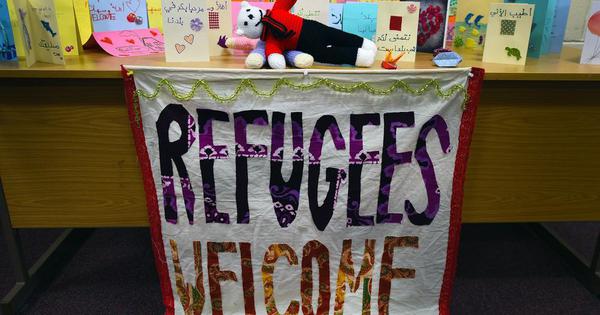 President Donald Trump's executive order banning refugees and immigrants from seven countries from entering the United States has thrown thousands of lives into chaos. Immigrants and refugees with visas are either being prevented from entering the country or are being detained when they arrive. There are many ways to help immigrants and refugees impacted by Trump's order, both from within the United States as well as abroad, and this support is very much needed. Federal judges in several states 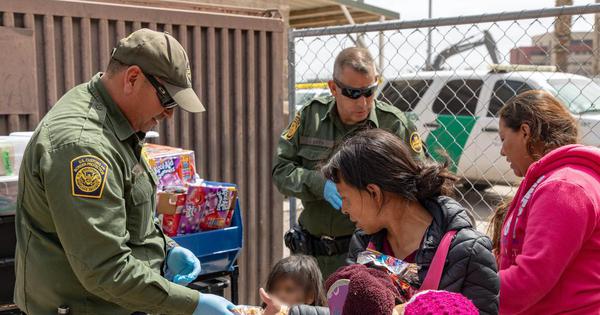 On Monday, the Trump administration encountered a road block to enforcing one of its controversial immigration policies. Trump's policy for asylum seekers got blocked a judge — and the injunction, or order prohibiting the policy's enforcement, is set to take effect on April 12. However, the lawsuit seeking to permanently put a stop to the policy is still ongoing. As the Associated Press (AP) reported, the injunction was issued by U.S. District Judge Richard Seeborg in San Francisco as part of a 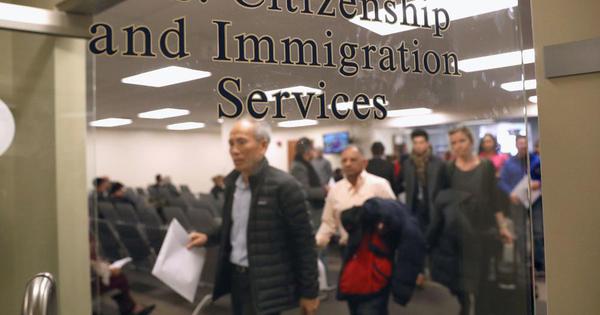 The Trump administration may be taking a controversial step that could affect U.S. immigration services worldwide. It's looking like international U.S. immigration offices could soon become a thing of the past, as the director of the United States Citizenship and Immigration Services (USCIS) told staff members this week that its international division could shut down by the end of 2019. This move would close over 20 immigration offices around the world and could potentially affect the provision 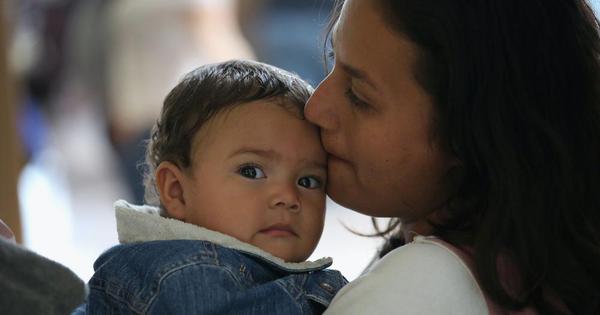 In a move that marks a setback for vulnerable people seeking asylum in the United States, the Trump administration is ending an asylum program. To make matters even more devastating, the program is designed primarily to protect women and children by offering them an alternative to detention as they await court processing of their asylum claims. The program being shut down is known as the Family Case Management Program. It was introduced under the Obama administration and was first piloted by Im 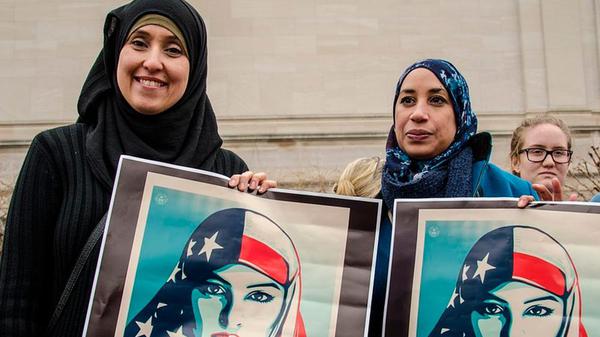 Celebrating Diversity in the Twin Cities

In 1991, a civil war broke out in the east African country of Somalia. This (still-ongoing) civil war would ultimately leave thousands of Somalis injured, displaced, or deceased due to violence or starvation. From the early ‘90s onward, thousands of Somalis became refugees as they sought to escape the atrocities of warfare. Many of these refugees eventually relocated all over the world, with a significant percentage of them landing in Minneapolis-Saint Paul, the Twin Cities of Minnesota. Now, 30 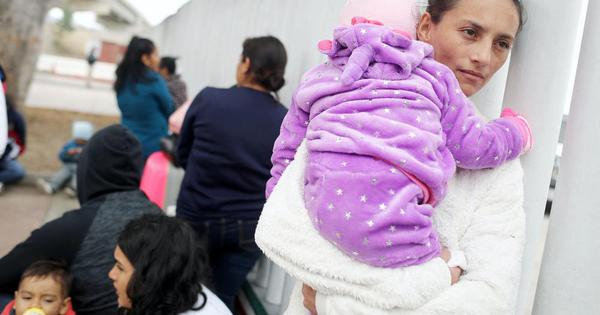 The tragic news of another migrant child's death in U.S. custody emerged on Wednesday. As CBS News reported, a migrant child in U.S. custody had died last year — but her death was only now disclosed. The revelation of the girl's death means that a total of six migrant children have died while in custody or shortly after their release, the outlet noted. CBS first broke the news of the 10-year-old Salvadoran girl's death. The outlet revealed that Mark Weber, a spokesperson for the U.S. Department 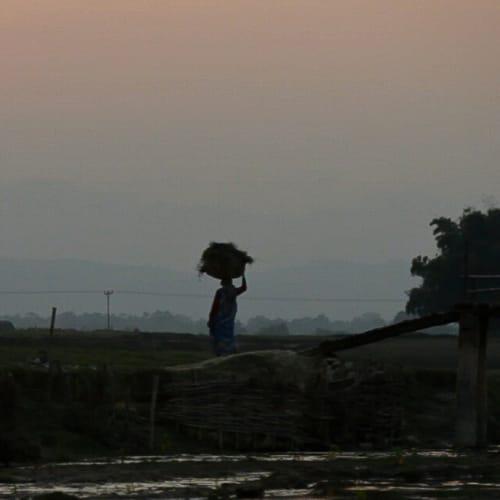 Crisis in Burundi: 112,000 Refugees Flee to Nearby Countries

Earlier this year, PAI reflected on how this year’s various elections in Africa could impact African women. The current crisis in Burundi is a prime example of how election-derived political instability can rapidly have far-reaching and devastating consequences for women (as well as the rest of the population). During periods of transition, women are especially vulnerable to diminished or eliminated access to reproductive health care, rights suppression, and gender-based violence, among other negative consequences. 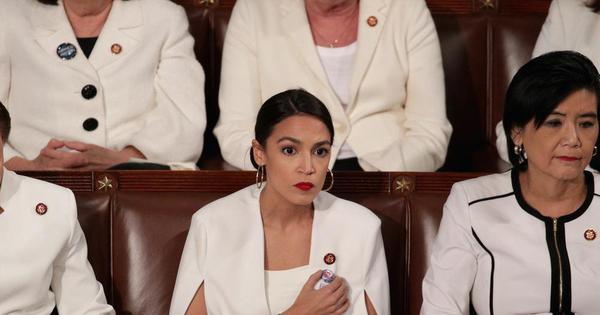 At Tuesday's State of the Union address, several women representatives honored the memory of a seven-year-old Guatemalan girl who died in U.S. custody after crossing the southern border with her father. Women lawmakers wore Jakelin Caal pins that likely served to both pay tribute to the young girl as well as to raise awareness about her death. At least four women lawmakers opted to wear pins featuring Jakelin Ameí Rosmery Caal Maquin's photograph on Tuesday evening. Representatives Rashida Tlai 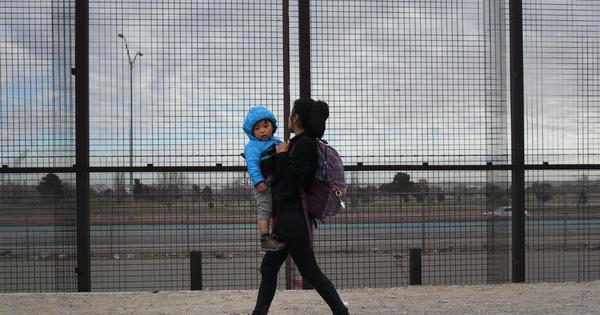 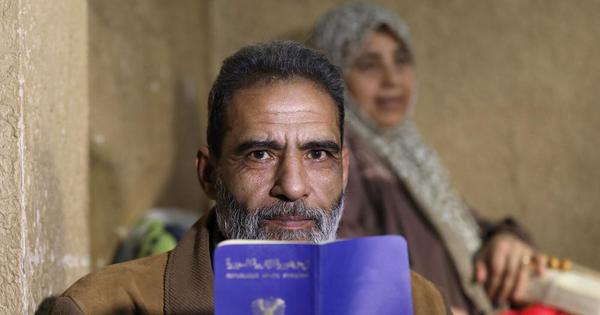 On Wednesday, President Donald Trump's administration released a draft of an Executive Order that, among other things, prohibits Syrian refugees from entering the United States as well as seeks to temporarily ban the United States from accepting more refugees from any country. While Trump's refugee ban is supposedly intended to reduce terrorism, it is completely misguided. The odds of refugees committing terrorist acts in the United States are exceedingly low, especially when compared to the rat 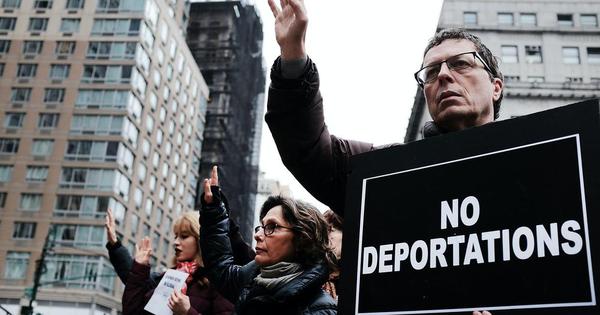 On Monday, the U.S. Department of Homeland Security announced a new expedited removal policy change that could put more undocumented immigrants at risk of deportation, Time reported. This rule also means that U.S. citizens could potentially be erroneously detained if they're questioned by immigration officials and don't have sufficient proof of citizenship on them. Overall, this new expedited removal rule will give ICE more power, and there are a few things you can do to protect yourself in the 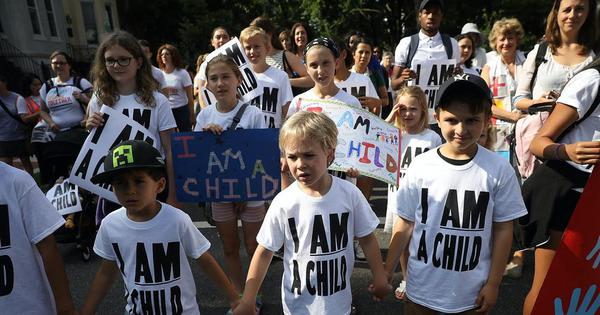 On Tuesday, a longstanding children's publication condemned how migrant children are being treated at the southern U.S. border. In a statement, Highlights for Children magazine said family separation and poor conditions in border facilities must be addressed — and that it has a moral imperative to speak out on the matter. The magazine published its statement on Twitter on June 25, attributing it to Highlights CEO, Kent Johnson. The statement stressed that, as a publication that prioritizes chil 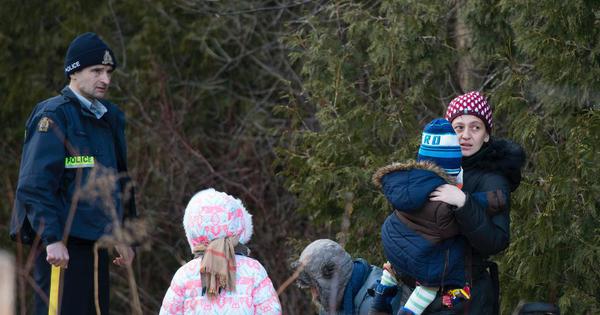 Who Is Tom Homan? The ICE Chief Will "Quadruple" Workplace Arrests Of Undocumented Immigrants

On Tuesday, Tom Homan, the Acting Director of Immigration and Customs Enforcement (ICE), announced a crackdown on worksite enforcement, meaning that the agency will increasingly be prosecuting employers who hire undocumented immigrants as well as arresting any undocumented immigrants who are encountered during these workplace crack downs. "Not only are we going to prosecute the employers that hire illegal workers, we're going to detain and remove the illegal alien workers," Homan said. This ann 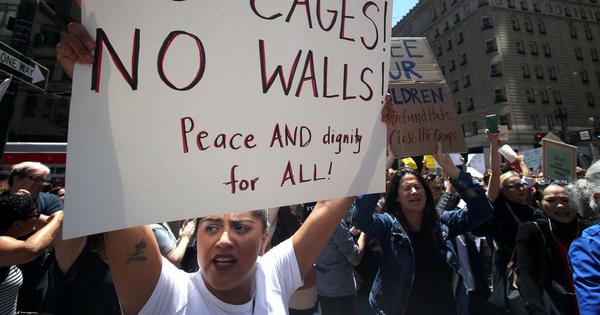 6 Petitions To Protect Migrant Children Being Held At The Border

Over the past several weeks, there has been a flurry of reports about the conditions migrant children being held at the southern U.S. border face. If you feel outraged by these reports and want to help, no matter where you live, one of the many ways you can be an advocate involves signing petitions to protect those migrant children. The petitions' specific goals differ slightly, but ultimately, they share the same mission. A July 2 report released by investigators at the Department of Homeland 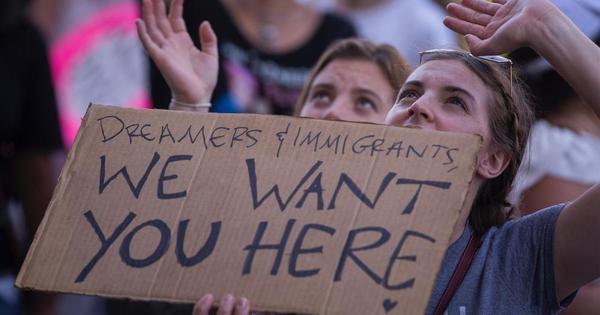 On Wednesday, a federal judge made a decision that could profoundly affect migrants' ability to come to the United States as asylum seekers. The judge ruled against temporarily blocking the Trump administration's new rule, which would bar most Central American migrants from seeking asylum in the United States. Following the decision, you might want to know how to protest Trump's asylum rule — and what steps you can take to help those affected by it. As CBS explained, the Trump administration's 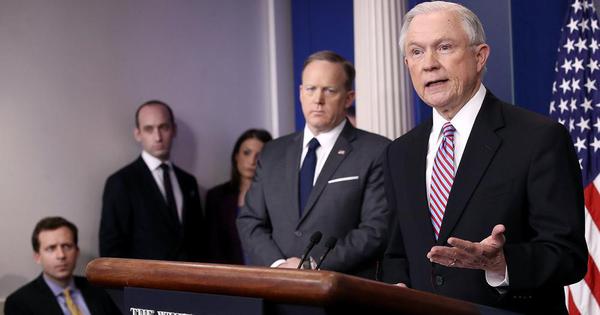 During the White House press briefing on Monday, Attorney General Jeff Sessions warned sanctuary cities that they must comply with federal immigration laws or face federal funding cuts. Sessions' announcement perhaps does not come as a complete surprise, as President Trump signed a controversial and, according to the Washington Post, constitutionally-questionable Executive Order back in January that denied federal funding to sanctuary cities. "Sanctuary cities" are not recognized legal entities 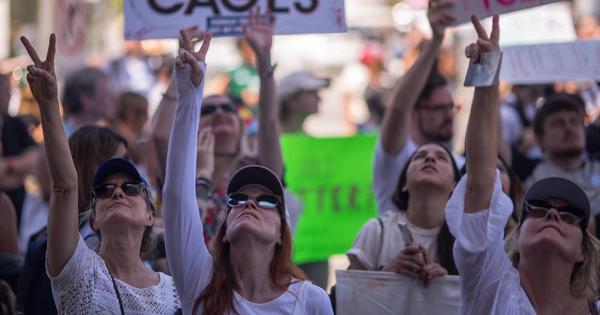 Could ICE Actually Get Abolished? This Democratic Lawmaker Is Writing A Bill To Get Rid Of It

Following the implementation of the Trump administration's zero tolerance immigration policy back in April, some have called for the abolition of the U.S. Immigration and Customs Enforcement agency, otherwise known as ICE. While disbanding the agency is an increasingly popular sentiment shared among some immigration activists, you may be wondering whether ICE actually could get abolished. A Democratic lawmaker is writing a bill to dismantle the agency. The forthcoming bill's exact contents — and 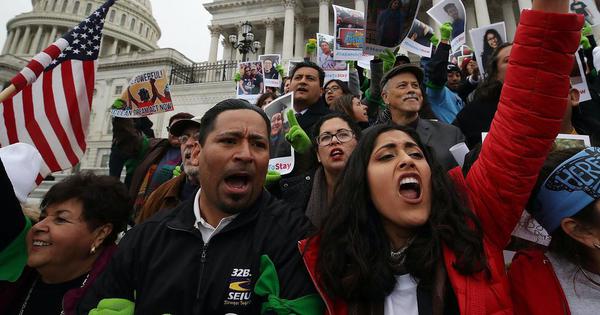 On Tuesday, a U.S. District Judge in San Francisco, William Alsup, blocked the Trump administration from ending DACA, the Deferred Action for Childhood Arrivals program. The program allows young, undocumented individuals in the United States to receive protection from deportation and the right to work. Alsup ruled on Tuesday that the program must continue until any litigation related to it has unfolded. President Trump ended the DACA program, which was created under the Obama administration, ba
Load More Articles
Close ✕